Are you feeling lost or stuck in a rut? If the answer is yes, life coaching can be extremely beneficial. A life coach can help you figure out what you want in life and come up with a plan to achieve it. They can also provide support and accountability, which can be invaluable when trying to make changes in your life. We Can Help Transform You

Setting better goals is the first step to success. Taking action to create tangible results is the second.

Learn to reframe stress and improve your communication skills to enjoy meaningful relationships.

Are you considering changing or improving your career? We can help. Find the confidence to realise your potential.

Doing what you love is not just a dream. It just needs application and preparation. We can help you.

Achieve your Health and Fitness goals

Your physical health is the mirror of your daily habits. Small improvements compound over time. 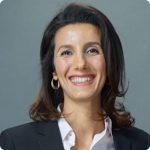 Christine is the founder of the Renewed Edge Coaching Counselling & Hypnotherapy Centre in Hong Kong. After a career as a rocket scientist and banker on three continents, she trained as a hypnotherapist in France. Christine has coached prominent athletes in Hong Kong.

Christine is the founder of the Renewed Edge Coaching Counselling & Hypnotherapy Centre in Hong Kong. After a career as a rocket scientist and banker on three continents, she trained as a hypnotherapist in France. Her focus is on addressing the root causes of the problematic behaviours or thought patterns creating blockages in one’s life. She draws on many different therapeutic approaches, from traditional to Ericksonian hypnosis and NLP to complement her coaching skills.

As a former fencing athlete and banker, she has perfected tools to build resilience in sports, at work and in her personal relationships. Christine has coached prominent athletes in Hong Kong as well as many executives. In addition to performance coaching focused on accelerating growth, she is particularly keen on helping people thrive in transitions. She named the clinic The Renewed Edge Centre as a reminder to everyone to renew and sharpen their edge. Her work spans mental health coaching, career coaching, leadership coaching, emotional intelligence, and neuroscience-based coaching.

According to Christine, no issue is too small to be looked at. Sometimes the seemingly more superficial requests hide strong unmet needs. Her objective is to empower clients on their life journeys. She has had the pleasure to help people using English, French, Spanish and now Mandarin.

Christine is also the proud creator of the UpNow app, the first self-hypnosis app in Asia, which counts thousands of happy customers. Christine was featured in leading publications such as the SCMP, Dance Magazine and Health. 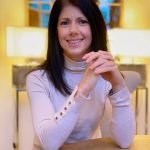 Susie holds a Master’s in Forensic Psychology and Buddhist Counselling.   She lived and worked in the UK until 2021 and, following relocation, provides coaching services in Hong Kong.

Susie works with the client to assess general wellbeing and areas of individual need.  Initially, the focus is on setting goals, gaining insight and developing a unique action plan for each client.  Susie predominantly uses a cognitive behavioural coaching framework to support clients to recognise how cognitive processes ie persistent patterns of thought, emotion and behaviour, as well underlying beliefs and attitudes, block both wellbeing and success.  She also draws on a range of other appropriate coaching and therapeutic approaches in order to meet the unique needs of the client.

In order to promote change, Susie helps clients to develop effective mental and behavioural strategies to improve wellbeing and quality of life.   This includes reprogramming the mind (patterns of thought) and the implementation of  evidence-based skills, strategies and solutions to support the client to move towards their individual goals, function optimally and lead rewarding and fulfilling lives.  There is an emphasis on empowering the client and building resilience to support long-term change.

Susie's Focus Areas
Level Up with your Coach

Take control of your life with in-person or online coaching sessions. We are your gateway to a more balanced and healthier life.

Renew Your Edge with our Life Coaches!

*According to multiple studies on life coaching

How Does it Work?

Congratulations! You decided to  enlist the help of a Renewed Edge Life Coach. Select the coach who is a good fit for you and your needs.

Set a 10-min introductory call on Zoom. You can get to decide how much our coach can help you.

Purchase your Coaching Package! Your life coach will be in touch soon and will start working with you. Benefits of our life coaching sessions

Would you like to see more languages or more options? Contact us here and let us know.

What is a life coach?

A life coach is a professional who helps you achieve your personal and professional goals. They do this by helping you identify your skills and strengths and setting realistic goals. They also provide support and accountability to help you stay on track.

There are many benefits to having a life coach in Hong Kong. They can help you boost your confidence, improve your communication skills, and overcome obstacles. A coach can also help you set and achieve goals, both big and small. If you are feeling stuck in a rut, or just need some extra motivation, a life coach is a great investment.

You can enjoy coaching programs tailored to your needs or group life coaching sessions. Each life coaching program starts with an assessment and a recalibration of your goals and spans 4 weeks.  Each program include:

The group life coaching sessions vary in duration and target individual issues. They include stress and anxiety release as well as HypnoBirthing,

What Our Clients Say

Hypnosis for Overeating: Changing Your Dietary Habits for Good

How is a life coach different from a therapist?

Life coaches and therapists follow different curricula, and they use different tools. Therapists are trained to deal with more severe challenges and provide coaching for mental health recovery. Life coaches can help you make improvements and play the role of facilitators.

What is the best life coaching training?

Coaching is not a regulated profession. There are many certifications. We believe that the best life coaching comes with dedication to continuous improvement and experience. Our coaches have a wide range of backgrounds. Some started as therapists. Some started in the corporate world. We encourage you to have a first chat and decide how this coach can guide you.

Which life coaching certification do your coaches hold?

Our coaches hold a variety of diplomas and certifications. Some hold life coaching certificates while others are certified or registered therapists in the field of hypnotherapy or counselling. Please check each profile in detail. All our best life coaches have extensive experience in helping people reach their goals.

Are life coaches covered by insurance?

Insurance companies do not cover coaching. We invite you to check your insurance policy.

How to choose a life coach?

We understand that choosing a coach is an important decision. As a result, we can organise a 10-minute introduction call so that you can meet your coach before making a commitment.

How to find a life coach mentor near me?

You have been searching “life coach mentor near me”. At Renewed Edge we are happy to put you in touch with caring coaches who can accompany you on this journey of discovery. Contact us today to learn how we can help you.

What does a life coach do?

A life coach works with clients to help them overcome challenges and make positive changes in their lives. It is an investment in themselves and in their futures.

How much does a life coach cost?

Prices vary depending on the practitioner. We invite you to check the details for each coach.

Do I need a life coach?