Unleash Your Mind’s Power: Conquer Fear and Sadness with Hypnotherapy For years, hypnotherapy has been used to help individuals relax and focus, leading to improved performance in a variety of environments. Hypnotherapy for athletic performance is one area that has been extensively studied, and athletes in many different sports, both as individuals and as part of teams, have found success using hypnosis as a form of mental training. While focus, visualization and positive self-talk can be used at any time by anyone, hypnosis enhances the effectiveness of these approaches and can make athletes stronger, faster and more flexible.

A Brazilian study of 12 men examined the effect of sports performance hypnosis on their strength. Participants worked with a hypnotherapist and were placed in a state of focused awareness. While in this state, a suggestion was made that their strength had increased. When they were no longer in a hypnotic state, they still were able to lift bigger weights than they had been able to prior to working with the hypnotherapist.

Mental training and positive self-talk is an element of all sports preparation, but other studies reinforce the finding that hypnotherapy for athletic performance enhances these suggestive powers. For example, in preparation for a 1996 match, a boxer received the suggestion to throw twice as many punches as his opponent and did so. It appears that hypnotherapy does not just improve the state of mind of athletes but leads to measurable improvements in their performance.

Runners and other athletes can use sports performance hypnosis to improve their speed. One of the key elements of success in sports is reaching what is sometimes referred to as “flow.” This is a state of maximum psychological and physiological performance.

Studies have found that hypnotherapy can enhance the flow state. One study that looked at the effect of hypnosis on the flow state for three cyclists found performance improvements for two of them. A researcher in the United Kingdom completed a case study on the effects of sports performance hypnosis and flow state on a European golfer and found that hypnosis increased the golfer’s sense of calm, positive emotions and thoughts, and control. Hypnotherapy for sports performance can be used in a similar way to help athletes focus and visualize becoming faster or improving in other ways.

When athletes experience hypnotherapy for sports performance to improve focus and visualization, it can increase their flexibility as well. A study of men training for a triathlon found that following a hypnotic session, they were more relaxed and their heart rates were lower. Working with a hypnotherapist, an athlete may accept a suggestion to become more relaxed and flexible.

While in a hypnotic state, athletes can also be asked to recall a time of peak performance. This technique was used with the European golfer. One important caveat for athletes accepting suggestions for performance enhancement is that they should be framed in a positive manner. For example, instead of a phrase like “I will not be tense,” the athlete might instead of focus on a phrase that emphasized relaxation and flexibility.

All athletes, whether or not they have used hypnosis before, understand that their mental state affects their physical performance. Hypnosis can reinforce the positive mental state that drives performance and lead athletes to have more strength, speed and flexibility. For more information on hypnotherapy for athletic performance, contact Renewed Edge today. 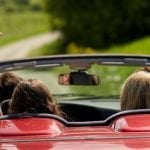