How Hypnosis Can Help With Your Panic Attacks The connection between the mind and body is a powerful one, and this is demonstrated in the success of hypnotherapy to treat various physical ailments. Hypnosis was used in surgery in lieu of anesthesia in the 19th century and has a modern-day role as a supplementary treatment for pain associated with cancer and many other conditions. A hypnotherapy session in Hong Kong can strengthen the mind-body connection and help you deal with a variety of both physical and psychological issues.

The Role of Hypnotherapy

The mind and the body are inextricably connected. Panic and anxiety disorders can lead to a number of physical symptoms, ranging from shaking and heart palpitations to symptoms resembling a heart attack or stroke. Most physical ailments are exacerbated by stress.

During hypnotherapy sessions, you enter a state of focused awareness. No one under hypnosis can be persuaded to act in a way that they do not wish to behave, but while in a hypnotic state, you are in a receptive state. This makes suggestions and visualization more powerful even after you are no longer in the hypnotic state. Numerous studies comparing outcomes of patients receiving hypnotherapy alongside other treatment to those receiving standard treatment without hypnotherapy show better outcomes for those who undergo hypnotherapy, thus reinforcing the role of hypnosis in the mind-body connection.

Hypnosis sessions for children can be as effective as hypnotherapy for adults in reinforcing the mind-body connection. In one case study involving a 10-year-old girl treated for phobias and warts, hypnotherapy sessions were successful in both cases as her fear and the warts vanished. A 15-year-old girl suffering from chronic headaches was taught to control them using hypnosis, and afterwards she remarked on how surprised she was that she was able to use her mind to manage what her body was feeling.

There is a long historical precedent for hypnosis sessions for children as an effective means of teaching self-regulation and managing pain. Hypnotherapy for children was popular in 18th and 19th century Europe although its use in the United States started to become more common in the mid-20th century.

The Mind-Body Connection and Pain

Some brain imaging research suggests that the areas of the brain that register pain are affected by hypnotic suggestions intended to reduce that pain. The American Psychological Association reports that in a 2000 meta-analysis of 18 studies, 75% of participants experienced pain relief after hypnotherapy sessions.

Both chronic and acute pain have been successfully treated with hypnosis. Acute pain associated with burns, childbirth and bone marrow aspiration are among the types that respond to hypnotherapy. Hypnosis sessions for children related to dental work pain appears to be particularly successful.

A hypnotherapy session in Hong Kong could address many forms of chronic pain, including pain from arthritis, low-back pain, cancer pain, fibromyalgia and more. Studies indicate that in addition to reducing the physical sensations of pain, hypnosis helps build the mind-body connection by changing the narrative people tell themselves about their pain and their ability to manage it.

While in the focused state of awareness produced by hypnosis, you can learn to use visualization and suggestion to bridge the mind-body gap. For example, the girl whose warts vanished after hypnotherapy imagined using a knife and other tools to get rid of them. The teenager who suffered from headaches reported returning to her visualization of swimming toward shore and experiencing a decrease in the headache the closer she came.

A hypnotherapy session in Hong Kong can help you explore and reinforce your mind-body connection as well. For more information, contact us today at Renewed Edge.

Cecilia, a native from Taiwan, is passionate about providing psychological support for diverse individuals. 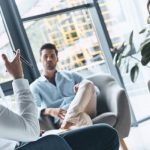 How do I Become a Certified Hypnotherapist 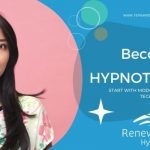